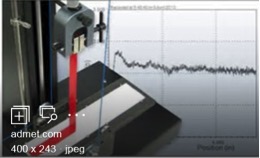 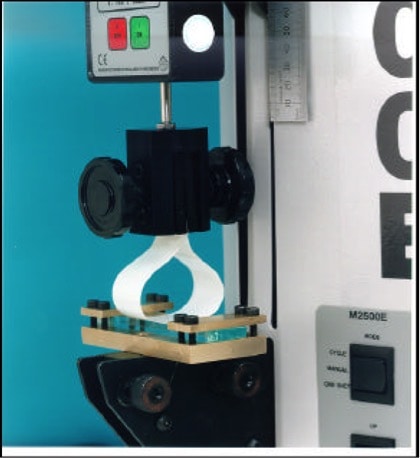 The human sense of touch (also called somatosensation) is considerably well developed and utilizes a rather large area of the brain and nervous system. The “mechanoreceptors” in our fingers consist of tactile, lamellar, and bulbous corpuscles that react to how rough or soft a surface might be along with skin stretch that allows us to sense slippage (or lack of slippage).

Examining a roll of tape visually provides little in the way of feedback about how suitable the tape might be for an application and since tape doesn’t talk, our auditory system provides no useful information. Tasting the tape is not recommended and unless you are a trained formulator, smell doesn’t help much either.

When you hand a roll of tape to someone, what do they instinctively do? They unwind a bit of it or peel back the release liner to expose the adhesive and they stick their thumb on it. The thumb is able to sense the relative “stickiness” or tackiness of the tape and usually the “stickier or tackier” it is, the greater the chance that the person will say…”this is really good stuff!”

Despite the thumb’s sensitivity, that tactile feedback can be misleading about the ability of the tape do the job. Skin roughness, perspiration, and skin oils also can affect our perception and create a false impression of the tape.

High tack can be critical to some applications but there are many applications where it might be a real disadvantage.

There are many physical properties that can be measured with pressure-sensitive adhesive tapes but the main three properties that are typically reported are tack, peel adhesion, and shear. Shear will not be discussed in this article but we will take a slightly deeper dive into tack and peel.

While tack and peel are often correlated, they are not the same. Here’s why…

Tack: How Quickly a Bond is Formed

Tack is the property that controls how quickly a bond is formed when it is brought into contact with a surface with very slight pressure. It is ability of the adhesive to “wet” the surface that it contacts.

There are applications where tack(specifically high tack) are important. Flying splices on paper or film converting machines and wire management hooks and clips for appliances are two applications where immediate loads will be applied and the tape must hold without delay.

Tack is sensitive to a variety of factors including the properties of the adherend (typically roughness or topography along with surface energy) along with temperature and processing conditions.

There are 4 principle test methods for measuring tack- loop tack, rolling ball tack, probe tack, and quick stick. Without going into too much detail about individual test methods, loop tack is often viewed as the most repeatable and consistent and many tape manufacturers now report it routinely. A loop of tape is formed and brought into contact with a test plate. The loop is then pulled away on a tensile testing machine and the value recorded.(see above photo)

Probe tack was popular for many years since it more or less resembled the “thumb tack” test but wide variability in the test data has often been observed. In this test, a metal probe is brought into contact with tape surface, allowed to dwell for a specified time, and then pulled away. The force of removal is reported in grams.

Rolling ball tack is a simplistic test where a ball bearing is released down a ramp onto a tape specimen. The adhesive “arrests” the motion of the ball bearing due to grab and a “plowing effect” and the distance need to stop the ball is reported. This test is often used as a quick QC test on a production line.

Quick stick also uses a tensile or peel tester as in the loop tack test to pull a tape specimen off at a 90° angle with short or no dwell time. This differs from normal peel adhesion testing since only the weight of the tape itself is used to initiate the bond or a very light 25 gram roller.

Peel: How Much Force Is Required to Remove the Bond

Peel adhesion testing is measuring the force required to remove a tape specimen from a test panel at a controlled angle (usually 180°or 90°), at standard rate, and with a defined dwell time.

The tape is applied using a weighted rubber roller to a stainless steel (or other panel material that is defined) and then allowed to dwell on that panel. The tape can be peeled away immediately but dwell times from 5 minutes up to 72 hours are common.

Some adhesive applications require temporary fixing of the tape to the surface with the intent of removing it in the future without adhesive residue. Think of the surface protection films used on appliances or paint masking tapes. In these applications, lower peel levels(and likely tack) are needed to impart stable removal over time.

In more permanent applications, higher peel forces will likely be needed in order to permanently affix the tape to the substrate or to bond two surfaces together. This does not necessarily mean that the tape must exhibit high tack (whether you test it with your thumb or a loop tack method). Many high tack tape systems depending on how they’re formulated might have lower ultimate peel strength versus a tape that seems “not as tacky” but develops very high peel adhesion to specific surfaces.

One final note- peel testing on a standard stainless steel panel can be useful but it is imperative that peel testing also take place on the surfaces to which it will actually be applied. That peel testing will yield a much richer date set. Those panels can also subjected to various humidity conditions, high or low temperatures and chemical exposures that the tape will actually see. A much deeper understanding of field performance can be realized (and it may or may not have anything to do with tack as we perceive it).

Have questions about the tack and peel properties of adhesive tapes? Give us a call at Tom Brown, Inc. for more information.