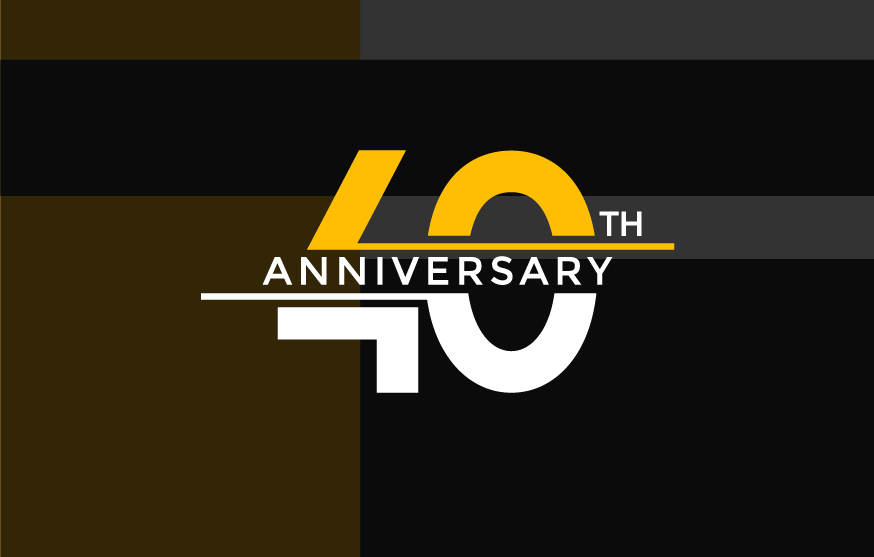 This year marks the 40th anniversary that Tom Brown began converting tape and transforming itself from a distributor of sealants and adhesive products to a regional hub for providing fast, custom tape conversion products.

It was 1983 when Kenny Brown, whose grandfather, Tom, founded the company in 1934, contemplated ways to better serve clients and attract new ones. Kenny had started out with just two books from his father, Donald, who was president then. One was a GE silicone distributors manual and the other a Norton tape sales guide. “’Go out and sell these products,’ my Dad said to me, and that’s what I did,” Kenny remembered.

What he discovered was that many people loved the specialty tape sold by the Norton Company (now Saint Gobain), but they didn’t like the way Norton did business. The king of all things tape in those days, Norton was great at making lots of products in big quantities, but it didn’t offer customized orders in smaller quantities—and it couldn’t react quickly to user demands. Norton required more than two weeks lead time for slit products and a minimum order in full or multiple boxes.

“Nobody wanted to wait 15 working days, plus the time for freight delivery,” Kenny said. “It would be almost a month before they would get the product, and that slowed production down.”

Frustrated that he had to sell bulk rolls of tape to clients who wanted only a few, Kenny had a brilliant idea. “I asked Norton if I could buy a machine and some tape logs to do my own tape converting,” Kenny said. “To my surprise, they turned me down.” Kenny’s son, Brendan, the current president, said Norton didn’t want to help his Dad. “They wouldn’t even tell him where he could get his own machine.”

Eventually, Kenny met a guy in Ohio who knew a guy in Hoboken, New Jersey, who worked for a company called Towers Machinery. Kenny flew to Newark, where he met Bernie, and the two drove to Mona’s Side Fasteners, Inc., a zipper company in New York’s garment industry. There, Kenny watched a large, noisy apparatus grab logs of leather, put them through a slitter, and cut various widths to make belts. Here was the answer he’d been looking for. “It was pretty cool,” he said.

His father, however, was worried. The business still had to buy a minimum of 10 logs of tape at a time, and now his young, ambitious son wanted this costly cutting contraption. “Do you really think we can produce and sell all of this product?” Donald queried. With no Excel spreadsheet available, Kenny grabbed a piece of graph paper and drew some lines. “I listed the customers we had, what they needed, and how much it would cost us to slit the tape. I said, ‘Yeah, Dad, it’s worth it.’” And the rest, as they say, is history.

Tom Brown began serving glazing contractors who were building curtain walls, commercial windows, and storefronts. Kenny’s first big buyers were metal-building manufacturer H.H. Robertson Company in Ambridge, and E.G. Smith, an HVAC services company in Berks County, now Rhoads Energy. “I remember my first order,” Kenny said. “Five logs of a Norton V738 PVC foam tape. I thought, ‘This is almost a thousand dollars’ worth of supply. I wonder if we’re going to get rid of it?’ It was gone in a week.”

Kenny bought thousands of dollars’ worth of inventory and let people purchase the minimum quantity they needed. “I didn’t want to high-pressure clients for sales or turn people off. My hope was that they would come back for more. It was not a good business plan, but it worked.”

Soon, not only were businesses calling Kenny with requests, but even Norton sales reps turned to him when they couldn’t meet the increasing one-of-a-kind orders of their own buyers.

Now Tom Brown was on a roll. “We got into die cutting and water jetting and spooling, and there weren’t many people out there at that time doing that.” He recalled specifically the occasion when Harmon, Inc., one of the biggest glazing contractors in the nation, needed product overnight in Santa Fe. “So, I cut the materials, boxed it up, put it in my car, and drove it to the airport. It arrived the next day, and Harmon no longer had to pay employees who were just standing around in New Mexico waiting for supply. Everybody was happy.”

“Those tapes changed the complete landscape of what people thought a tape could do,” said Rick Alexander, the company’s national sales manager. “They were such next-level in performance that all of a sudden applications that would have never been considered reasonable for tape became very accessible.”

For example, who would have believed that tape and silicon could be used to construct the iconic 40-story office tower, One PPG Place, in downtown Pittsburgh?

The structure opened in August 1983, with Two PPG Place debuting the following year in November. Tom Brown’s flexibility and custom toolbox were what charmed PPG’s contracting division. The global glass and paint supplier needed a narrow tape size, but Norton would never cut anything less than square.

“This meant that if the tape was a quarter-inch thick, Norton would cut it only to a quarter-inch wide. Nothing thinner,” Kenny said. “So, PPG came to us and said, ‘Can you do this job?’ I said, ‘Let’s put a log on and try it.’ And we were able to do it. PPG said to us, ‘Do you realize how much money we’re saving on aluminum by using one-eighth of an inch less tape for every window?’” The young entrepreneur could only imagine: The shimmering structure had a matching-glass design consisting of nearly 20,000 pieces of glass!

The tape converting process has not changed much in four decades, Brendan says, but many aspects of the business have improved. “There have been advances in technology as far as efficiencies, so the machines run faster, and we can cut more rolls in a day and at higher tolerances. We have quicker production, and less waste. We also can communicate better and faster with customers.”

The industry is, however, more competitive now, and while supply chain disruptions and delays have been a challenge for most businesses, Tom Brown is steering smoothly through the storm. “We made a real big effort the past few years to triple our inventory so we could still supply people,” Kenny said. “We’ve had customers tell us that during the worst days of COVID, we were the only supplier that came through and kept them from shutting down.”

“We’re also trying to be more committed to manufacturers and giving them more lead time and forecasting,” said Brendon. “The quicker we know the next steps we’re taking or that a manufacturer might run out of a raw material, the faster we can adjust. We like to present customers with qualified secondary materials as possible alternatives. This way, if one manufacturer can’t produce material or is running behind, we have a backup.”

Shifting from a regional business to a national one marks another exciting initiative for Tom Brown. In 2015, the company opened a plant in Salt Lake City to serve and attract new business in the West. “We had some buyers in Texas and Arizona, and we wanted to be able to service clients in Colorado and California,” Brendan said. “Eventually, I would like to see us open more facilities in other places, which would be driven by new customers or if we enter some vertical industry where we need to be closer to where the products are made.”

What’s been Tom Brown’s winning business formula all these years? “Service and responsiveness are what we believe in,” Kenny said. “It’s a combination of recognizing the customer’s needs and doing something to accommodate them, making sure they get what they want when they want it. That’s been the backbone of how we do business.”

“It’s one thing to say customers are important,” Rick said, “but it’s another to show them. We return all our messages because we want people to know they’re important to us. We’re a small company but very competent, and we show customers that we care about them and that they matter.”

As Tom Brown looks to the future, the company’s executives and loyal workforce continue to reflect a work ethic that’s been honed from nearly nine decades in the business of serving others, one that embraces the highest quality standards and an unceasing desire to be a leader and problem solver in their space, ready for whatever tomorrow may bring.